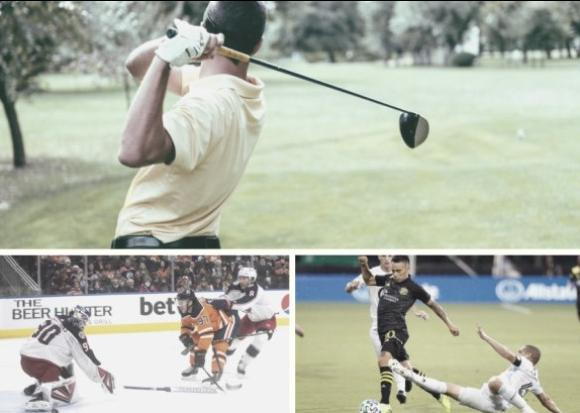 Minimizing the Risk of Sports Injuries with Chiropractic

I started in private practice here in Dublin in January of 1988, after having done an internship in Michigan for about 2 years. After being in practice over 36 years, I've seen the profession go through quite a few changes from a public perspective point of view. Way back then, we were considered quacks, and unfortunately there are some slow learners who (for whatever reason) still hold to that belief. But, in 36 years, it is amazing to be able to personally see the changes and perceptions that have taken place.

In my career, I have been blessed to have worked directly with the PGA as the Memorial Tournament chiropractor for 22 years - Jack Nicklaus' personal chiropractor for 20 of those. I've worked with both the MLS Columbus Crew and the NHL Columbus Blue Jackets as their team chiropractor as well. Professional athletes from every league and every team across the country insist on having a chiropractor as part of their medical staff. They understand that in order for athletes to continue playing at as high a level as possible, for as long as they do, they need to remain injury free. And if they sustain an injury, they need to be able to recover as quickly as possible.

There is a true statement - "Structure proceeds function." As this relates to athletes, they know that if their body is not structurally sound, it cannot function at it's highest level. Every joint in the body is designed to move through a normal range of motion. If anything alters or changes that, the body will not function at it's highest level, which will cause 2 things - The ability for that athlete to perform at their highest level is diminished, and they are more prone to injuries. That is why top athletes see a chiropractor on a regular basis, and all athletes, regardless of age or skill level, should see a chiropractor for the exact same reason!

WHERE IS YOUR PAIN?

Learn how we can help with your pain

Head and Neck
Upper Back
Shoulder or Clavicle
MID-BACK
LOWER BACK
Elbow, Hand, and Wrist